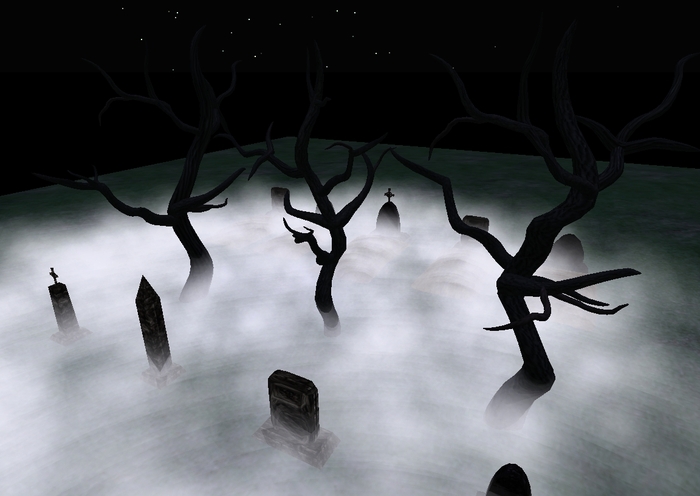 Halloween is just around the corner, but don’t worry. There’s still plenty of time to craft your very own haunted house. If you’re planning a party and really want to impress your guests (or you just want to scare the living daylights out of the kids coming around asking for candy), here are a few do-it-yourself ideas to turn your normal living quarters into the ultimate frightful experience. 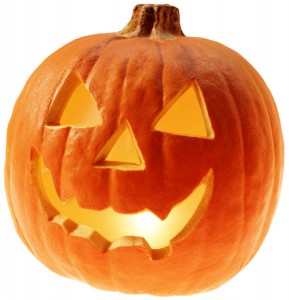 Jack-O-Lanterns – You can start with the basics, and really, who doesn’t love a good Jack-O-Lantern? Purchase several large pumpkins and carve out some scary faces. Then, place a candle or light inside the hollowed out fruits and dim the lights. This will help to set the mood and give your home a true Halloween feel.

Fake Graveyard – Turn your boring old yard into a scene from Night of the Living Dead. Use small fencing to section off an area, then use old wood or Styrofoam, cut and painted to create the illusion of real graves. If you really want to get creative, dig up some spots and have a few coffins lying around (bonus points if you put a fake zombie inside).

Ghosts, Ghouls and Goblins – No haunted house would be complete without a few specters making their presence known. There are lots of options for adding this touch to your haunted manor, from simple strung up balloons with fabric draped over them to cardboard cutouts to real dolls and dummies. It all depends on how creative you’d like to get and whether you’re willing to spend some money to complete your project. 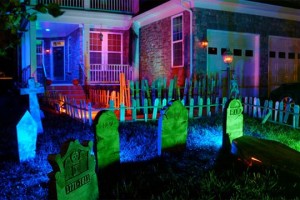 Spooky Lighting – Lighting is a must-have for any spooky residence, and there are lots of options to play with. You can include strobe lights outdoors or inside, or you can use a black light for added special effects. In either case, keep the tone dark to maintain that air of creepiness (but not too dark that your guests won’t be able to find their way around.) Of course, shutting the lights out completely every so often will keep your guests on their toes and their hearts racing.

Window Silhouettes – From the outside looking in, window silhouettes can be a nice touch and they’re super easy, provided you have the right lighting. All you need is dark paper or cardboard that you can cut into whatever shapes you’d like (think black cats and monsters). Place them in each window and use enough backlighting to bring attention to them.

Sheets to Cover Furniture – One of the key components of the traditional haunted house is the concept that the home has been abandoned, the former residents never to be seen or heard from again. To bring this vibe into your DIY spooky residence, toss some old sheets over chairs, couches and other furniture. You can even spread a little dust on some surfaces to complete the look.

Eerie Music – The right spooky music can turn even the most basic haunted home into a house of terror. Purchase a CD and pipe the scary sounds throughout your home, both inside and out. Or, better yet, plug your iPod or other device into some speakers and stream in some frightening tunes.

Fog Machine – When one envisions a spooky scene, it almost always conjures up images of a thick wall of fog. With a fog machine, you can incorporate this incredible special effect to really bring your haunted house to the next level. Picture your outdoor graveyard with the added level of creepiness as the fog passes over. It’ll blow your guests away! 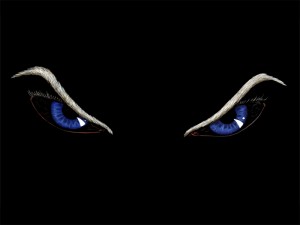 Glowing Eyes – Is there really anything more spine-tingling than the feeling that you’re being watched? How about if those eyes are glowing? This trick is super easy but it’s got a powerful effect. All you need are cardboard tubes, such as those used to hold paper towels or toilet paper, and a few glow sticks. Cut eye holes into the tubes, insert an activated glow stick and place the “eyes” in bushes around your home.

Frightful Noises – A silent home can certainly be scary, but sounds like screams, thumps, crashes and evil laughter can bring the terror level up a few notches. Just as with scary music, there are CDs available with these sounds as well as online versions. Use them both indoors and out to complete the effect. 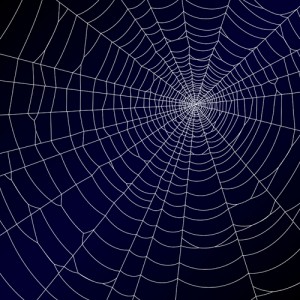 Cob Webs /Spider Webs – What’s creepier than a spider web? How about a giant one? These look awesome outdoors and inside, and they can be made using a wide variety of materials. If you’re particularly ambitious, you can use yarn, but there are a number of commercial products that are already designed to create the illusion of a cob or spider web. Complete the look by placing one or more phony spiders onto the webs and watch as your guests shudder at the sight.

Black Crows – In the movies, black crows are often used as a way to deliver the message of an omen. Because of this, they’re pretty darn creepy. Purchase a few fake crows and perch them along the eves of your home for added effect.

Eyeballs, Brains and Other Body Parts – Make your own or purchase some of these fun props and then place them around your home and yard to create an added level of horror. 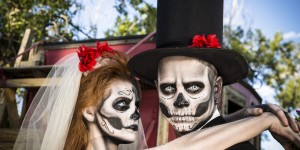 Costumes/Makeup – Bring your haunted house to life by dressing up like spooky characters, like a monster, a witch or a zombie. Include realistic makeup to pull the look together and transform yourself into whomever you’re choosing to portray.

Food/Drinks – Even the snacks and beverages you serve can be adapted to be part of the haunted atmosphere. Serve punch in a witch’s cauldron (complete with dry ice, if possible) and get creative and fun with different finger foods that have a spooky spin on them. (Pinterest is chock full of suggestions.) Of course, there are probably dozens of other ideas to help transform your normal residence into the spookiest of haunted houses, but these should at least give you a place to start.

Get creative and have fun, and you’re sure to become the talk of the neighborhood, year after year! As always, stay cool (and safe) my friends.